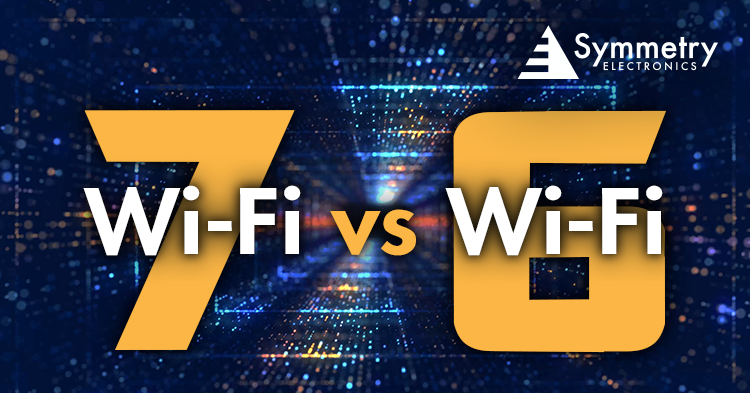 With the industry just beginning its rapid integration of Wi-Fi 6 and Wi-Fi 6E, it may seem premature to investigate Wi-Fi’s next generation – but think again. The first commercial Wi-Fi 7 product will be available in the 2nd half of 2022. The average home holds ten Wi-Fi-connected devices, making it clear that internet users and developers are continuously seeking more efficient internet solutions. Expectations surrounding Wi-Fi 7 are projecting that it will be the most efficient generation of Wi-Fi yet.

Supporting up to 16 spatial streams, The key features of Wi-Fi 7’s 802.11be standard (Figure 1) center around speed. Prospectively, Wi-Fi 6’s 802.11az standard focuses more on interoperability within the same network than it does data rates. Theoretical speeds of Wi-Fi 7 are around 46 Gbps, whereas Wi-Fi 6’s top data rate measures at 9.6 Gbps. Wi-Fi 6 supports channel widths of 160 MHz. Wi-Fi 7 promises to double this by supporting channel widths at 320 MHz. Like Wi-Fi 6E, Wi-Fi 7 will operate on 2.4 GHz, 5GHz, and 6 GHz frequencies. Additionally, Wi-Fi 7 may feature puncturing to inhibit interference.

The technology behind Wi-Fi 6’s interoperability stems from the integration of multi-user, multiple input, multiple output (MU-MIMO) and orthogonal frequency division multiple devices (OFDMA). MU-MIMO integration within the Wi-Fi 6 infrastructure allows enabled routers to communicate to up to eight devices at a time. OFDMA allows simultaneous deliverance of a single transmission to multiple devices. MU-MIMO and OFDMA technology support devices in maintaining speeds on busy networks. Wi-Fi 7 infrastructure also utilizes MU-MIMO and OFDMA, but instead of maintaining speeds, Wi-Fi 7 seeks to provide lightning-fast connectivity to all users within a network. 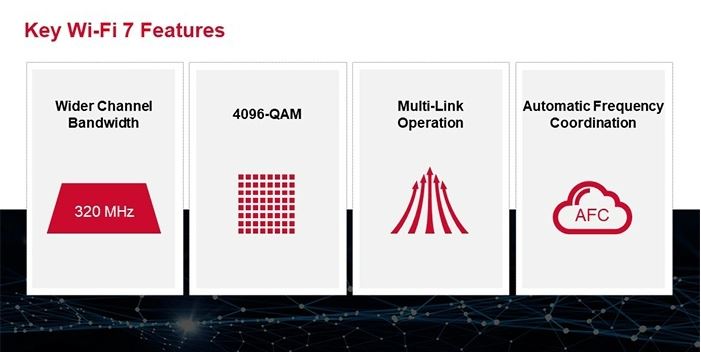 The momentum surrounding Wi-Fi’s evolution is in perpetual demand as society relies on more connectivity in our homes and workplaces. Although it’s not substantially faster in terms of data rates than its predecessors, Wi-Fi 6 solves the issue of router limitations through network interoperability. Wi-Fi 7 will build upon Wi-Fi 6 to support previously unattainable speeds, increased network capacity, and meet efficiency standards users are seeking.

Contact our experts at Symmetry Electronics to enhance connectivity in your network!

Jari Haiston is part of the growing digital marketing team at Symmetry Electronics. Jari comes from a background in technical writing and event coordination. In her current role, she specializes in content creation and social media management. Jari's focus as a writer is to create interesting content that is accessible to any audience.
Tags: Connectivity, Internet Solutions, IoT, Symmetry Electronics, Wi-Fi, Wi-Fi 6, Wi-Fi 7, Wireless