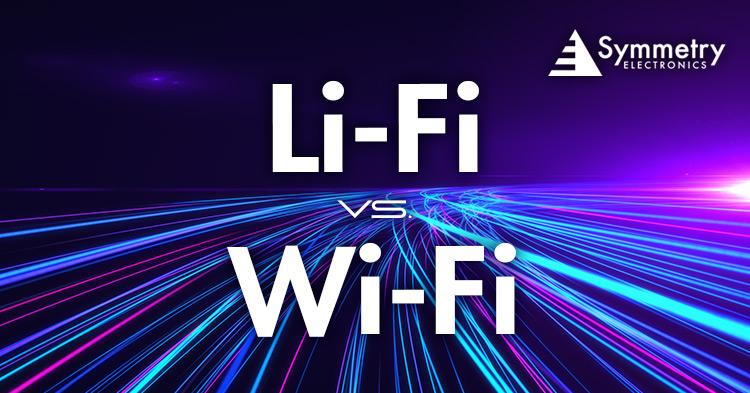 We all know how essential Wi-Fi technology is in our lives. In fact, 2015 polling conducted by Harris Poll on behalf of the Wi-Fi Alliance® found that as many as 70% of Millennials surveyed showed an unwillingness to give up Wi-Fi for just one month. As the 2020 pandemic prompted many to work remotely, a reliable internet connection at home became even more of a necessity. Many of us assume that Wi-Fi is permanent technology in our lives, but studies have shown that the mechanics behind Wi-Fi will not withstand its evolution forever. That’s where Li-Fi comes in.

Already popular in the UK and other European countries, Li-Fi is a Visible Light Communications (VLC) system. Li-Fi stands for Light Fidelity. Li-Fi communication can transmit data wirelessly at incredibly high speeds. Acting as a sort of light Morse code, Li-Fi technology uses LED bulbs to emit short bursts of light that carry data wirelessly to receivers that collect and process the data.

While Li-Fi emissions are undetectable to the human eye, the VLC takes full advantage of the broader frequency spectrum of visible light. Li-Fi’s bi-directional transmission technology makes it capable of transfer speeds up to 224 Gbps.

Wi-Fi stands for Wireless Fidelity. Wireless Local Area Networks (WLANs) and Wi-Fi are interchangeable terms. Unlike Li-Fi, Wi-Fi wireless communications operate via radio frequency technology between 2.4Ghz and 5Ghz. While Wi-Fi is still the chosen form of wireless communications systems in the US and many other parts of the globe, the radio frequency spectrum it uses is increasingly running out of bandwidth. This impediment is known as ‘spectrum crunch.’ In the article LiFi Pros & Cons, it is reported that by 2021 the number of mobile-connected devices (11.6 billion) will exceed the projected population (7.8 billion). The article warns that “Eventually, Wi-Fi will not be able to keep up with the demand of data and the world needs to future-proof our networks to fulfill the connectivity demands of tomorrow.”

The Differences Between Wi-Fi & Li-Fi:

Depending on transmission power and antenna type, Wi-Fi has about a 32-meter (WLAN 802.11b/11g) range, whereas Li-Fi only features a 10-meter range. However, Wi-Fi cannot pass through ocean water, has a higher potential for interference in high-density areas, and is less secure than Li-Fi technology. This doesn’t necessarily mean that Li-Fi is the answer for slow internet speeds. While Li-Fi’s transfer rates are significantly higher than Wi-Fi’s, it is meaningless if internet speeds from service providers are low. Li-Fi is still a new form of technology and because it is not widely adopted, compatibility rates are also low.

Can Wi-Fi Be Completely Replaced by Li-Fi?

Li-Fi’s speed, efficiency, security, and availability position it as the most superior form of wireless communications on the market. It certainly sounds futuristic. Imagine the ability to power your internet through a flick of your light switch at home. With Li-Fi, any type of light source (powered through LED bulbs) would be able to connect users to the internet. With the challenge Wi-Fi is facing with spectrum crunch, it begs the question: will Li-Fi replace Wi-Fi?