from New Atlas
Autonomous vehicles may soon help handle more than just our blind spots. The researchers at Stanford University are developing laser-based systems that are tackling blind corners before you even see them. Continuing reading to find out how... 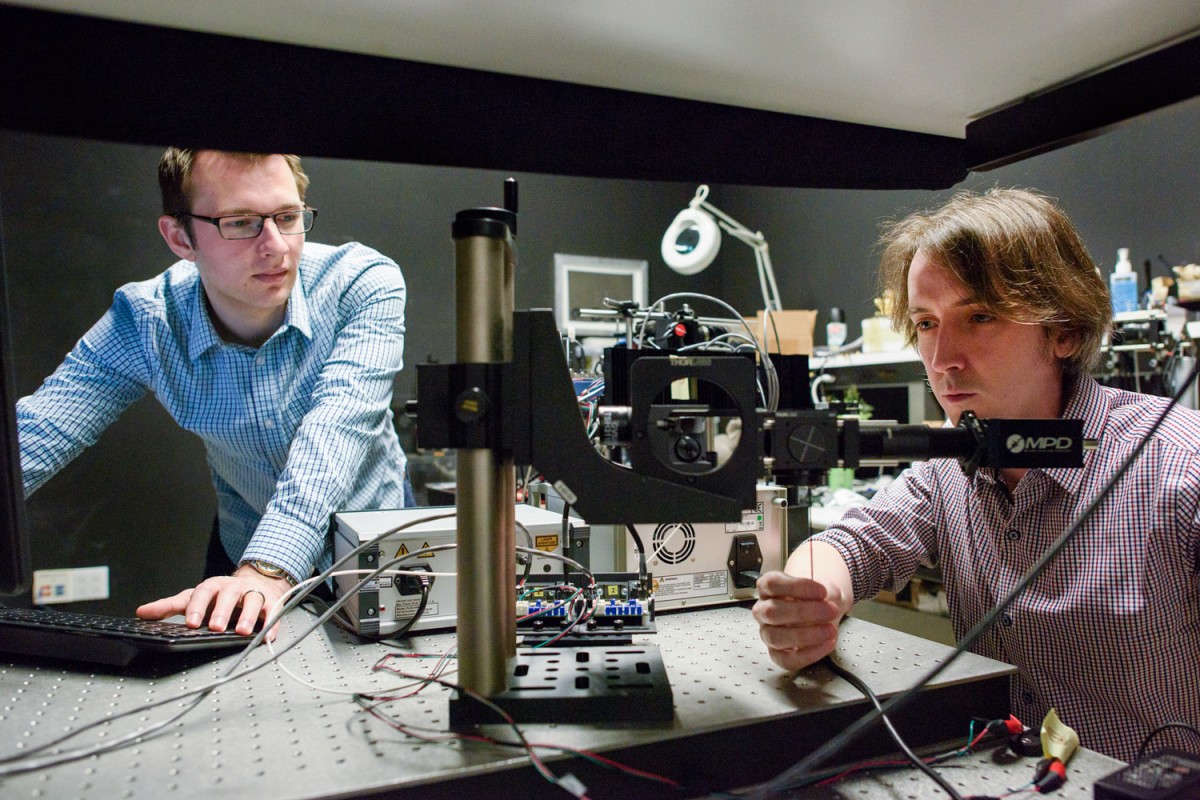 Autonomous vehicles are getting much better at sensing their surroundings, but even they still need to be able to directly see a hazard to react to it. Now, a Stanford team is developing a laser-based system that may allow driverless cars to see around blind corners, and come to a stop before a child runs out or another car speeds by.

In order to image objects beyond direct line-of-sight, the technique involves bouncing laser pulses around a corner, off the desired object and back. A highly sensitive sensor captures the returning photons of light, an algorithm analyzes them and the end result is a fuzzy snapshot of something lurking just out of sight.

As high-tech as it sounds, this isn't the first time scientists have successfully pulled off this kind of light show. A team from MIT was experimenting with a similar system in 2012, and in 2014 European and Canadian researchers were able to recreate "light echoes" of hidden objects.

The Stanford scientists say their new contribution is mostly on the mathematical side. Since light is scattered by the objects it hits, they can bounce back to the sensor from almost anywhere, resulting in a lot of "noise" that can wash out the desired target. To help cut through, the team developed an advanced algorithm that can calculate the path taken by the captured photons, and use that to reconstruct the object.

"A substantial challenge in non-line-of-sight imaging is figuring out an efficient way to recover the 3D structure of the hidden object from the noisy measurements," says David Lindell, co-author of a paper describing the technique. "I think the big impact of this method is how computationally efficient it is."

The researchers say their algorithm can analyze the photon data in less than a second, and is efficient enough to run on a regular laptop. The problem in the way of practicality at the moment is the initial scans – in order to generate enough data about a hidden object, the system needs to fire off many pulses of laser light in a process that can take up to an hour. As it stands, that's not going to be much use for providing forewarning of a child about to run around a corner in front of a car.

The other major issue is ambient light. Under carefully-controlled lab conditions the system works fine, but take it outside into the bright light of day and the sensors get a little overwhelmed. That said, in outdoor tests the researchers found that the technology was able to clearly pick up highly reflective objects, such as high-visibility clothing and road signs and markers.

In future, the researchers plan to work on speeding up the scans, improving the system's ability to work in daylight and detect moving objects.

The research was published in the journal Nature. The team describes the project in the video below.