This blog is part of the Kernel 201: Designing a Dynamic Multiprotocol Application with Micrium OS. The table of contents for this blog series can be found here.

Note: It is recommended to download the Kernel 201 Instructor Application & Electron App and have the code in front of you as you go through this blog post. The code can be downloaded on the Kernel 201: Project Resources page.

Note: It is worth noting that even with the multiple broadcasts, it is still possible for a Kernel 201 Application to miss a Proprietary Wireless message. In a real-world application where missing messages is not acceptable, a basic transmit-ack scheme would help or the use of a more complex wireless stack such as SiLab’s Connect Networking Stack. For this application, in order to keep the wireless portion simpler, it is acceptable for messages to be missed. 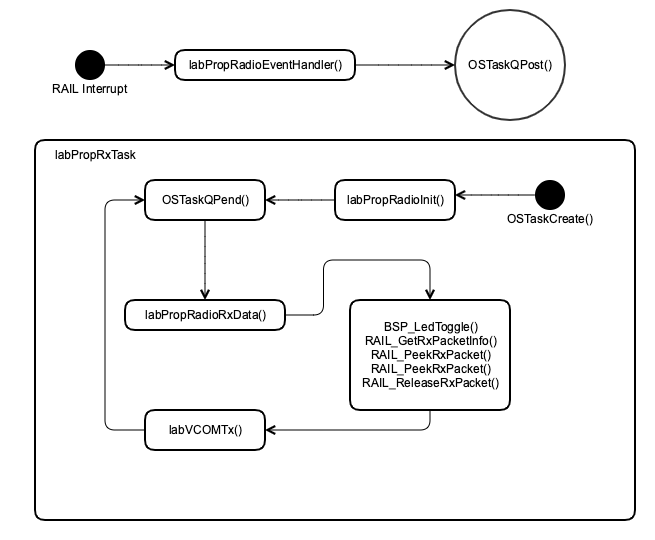