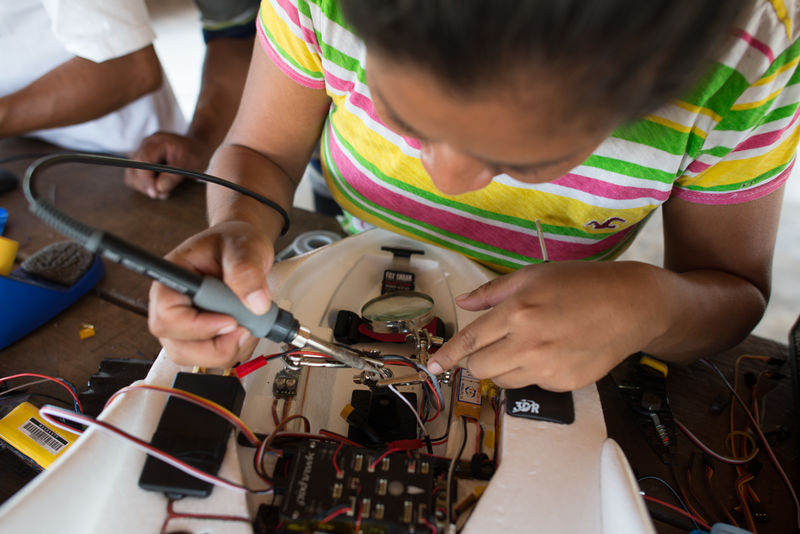 This is a 3 part blog, covering the following topics related to drone electronics:

Our drone can communicate with the user and takes great video, so what could still be missing? GPS is an essential component of any drone which aims to be autonomous. Autonomous drones can fly to a location without the user controlling it every step of the way. This is very useful for any sort of surveillance/monitoring, or to send the drone to a specific location. To make sure the drone is heading in the right direction and not straying from the path it needs a good GPS unit, which is accurate and uses small amounts of power so that the battery is not drained too quickly. To ensure that your drone gets reception in difficult areas, you may want to consider a GNSS component that not only uses the GPS constellation of satellites but also GLONASS, Beidou, and Galileo. In short, the more satellites your positioning system can see, the smaller the chance of losing the fix on your drone.

Telit supplies a whole range of GNSS modules like the SE873 which is only 7 x 7 x 1.85mm and uses an external antenna, and the SE868 which features an onboard antenna. GNSS location also enables safety technologies like Geofencing which can keep drones away from restricted areas such as airports and sports events. Geofencing is still very new, but companies such as AirMap are working on dynamic maps that can help drones safely navigate the skies. 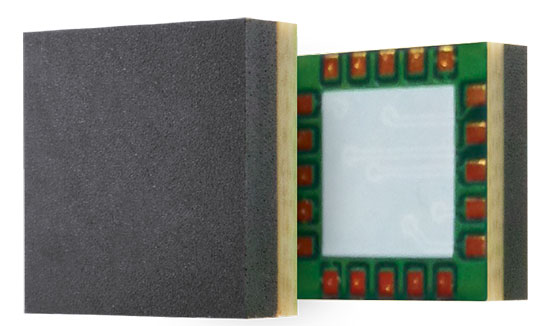 MediaTek has highly integrated SoCs that combine different technologies. The MT2523G is a high performance microprocessor combined with a GNSS circuit. This MCU also has a built-in sensor hub and optimized sensor data capture engine. Drones often use additional sensors to detect the distance between the drone and obstacles. Lasers are uniquely equipped for this purpose because you can accurately measure the distance between the laser and the object that it’s reflecting off by measuring the time delay. On the down side, the laser only focuses on a discrete spot of the surface that it’s pointed at. So if the drone points its laser at a fence it may pass straight through, and the drone will fly into the fence not knowing it’s there. For this reason you need a smart algorithm that takes multiple measurements and integrates them to get the surface of the object. If you don’t need such an accurate representation of the object then using ultrasound or infrared can also give information on the distance between the drone and objects.

To get accurate position information, your navigation system needs a good antenna. Antenova has a great selection of positioning antennas. For GNSS, they have SMD antennas such as the Brevis-GNSS which is 11.0 x 6.1 x 3.2 mm, and the high tech Sinica at only 7.0 x 5.8 x 0.4mm. If you’d rather have a cabled antenna, the adhesive mount Bentoni GNSS Antenna is easy to integrate with an IPEX MHF connector.

For more technical information on how to use these parts, don’t hesitate to contact the friendly engineers at Symmetry.