GPS vs GLONASS: Which is Best for Tracking Applications?

In the last few years many chipsets have become available that have the ability track satellite constellations in addition to GPS. The question that we often get from customers is: Which is best for my application, GPS or GLONASS? The quick answer is: "Use both of them." Unfortunately, the more constellations you add, the higher the price. In this short article I will discuss some of the main differences between these technologies and outline different options available to the designer. This will hopefully give you a good starting point in the search for the best tracking solution for your application.

A Quick Review of Satellite Technology

Let's take a step back and look at the technology as a whole. A group of satellites that provide location info is called a constellation. The satellites broadcast signals to Earth, and by calculating the difference in timing of the received signals from various satellites, a receiver can figure out where it is located. The position of the satellites is known and provided in the signals that they broadcast. The Global Positioning System (GPS) is the oldest such constellation. It was developed by the US military and became operational in 1995. It's called Global because you can receive the signals from this constellation anywhere in the world. In contrast, QZSS is Japanese regional system covering Asia and Oceania only. For tracking applications, it's important that your receiver should be able to "see" (or receive signals from) at least 4 satellites to be able to calculate latitude, longitude, and elevation. If one of these variables is known, fewer satellites are needed. The important thing to realize here is that the more satellites your receiver can “see”, the smaller the chance is that it will lose tracking.

The Differences Between GPS and GLONASS

Now that we have an idea of how the system works and what we need for tracking, let's compare GPS with the Russian GLONASS system. For GPS, the US has committed to maintaining at least 24 operational GPS satellites, 95% of the time. In the past few years 31 satellites have been steadily operational. The GLONASS constellation was also completed in 1995, but at the end of the 1990s became incomplete with the loss of satellites. Under Vladimir Putin’s presidency the GLONASS project was made a priority and received a substantial increase in funding. By October 2011 the full constellation of 24 satellites was restored, giving global coverage. In terms of positional accuracy GPS is slightly better than GLONASS overall, but due to the different positioning of the GLONASS satellites, GLONASS has better accuracy at high latitudes (far north or south). 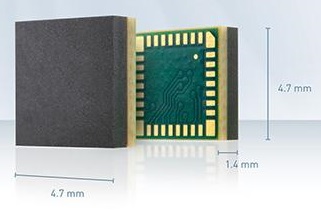 So if your product will always have an unobstructed view of the sky, or you would like the cheapest solution, then I would recommend GPS. Telit has many GPS modules with excellent performance to offer. Their smallest GPS module, the SE880, is only 4.7 x 4.7mm, excluding the antenna.

The Telit modules don’t come with an onboard antenna, so for customers who would like to have a complete solution we offer Antenova modules like the M10478-A1, which is 13.8 x 9.5mm and includes an onboard antenna.

For applications in urban environments where tall buildings may obstruct a portion of the sky, I always recommend a solution that takes advantage of both GPS and GLONASS satellites. Driving between tall buildings you can appreciate that this limits the number of satellites that will be visible to the receiver. If you rely on only one constellation then there may not be 4 satellites visible in such a small slice of the sky, making it difficult to get a position fix. When you add a second constellation, you double your chances of getting a fix in this environment. 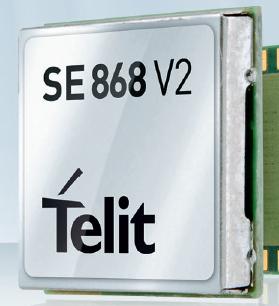 Telit offers multiple GPS + GLONASS modules that seamlessly combine the information from both constellations. The SE868-V2 is a popular choice because of its 11 x 11mm footprint. In addition to GPS and GLONASS, it is also ready to work with QZSS, Galileo (Europe), and Compass (formerly BeiDou, China), so your design will be able to use these constellations in the future. 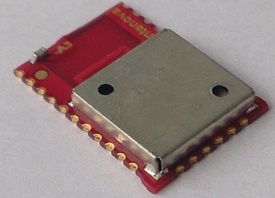 Antenova also offers the M10478-A3, which has the same 13.8 x 9.5mm footprint and covers both GPS and GLONASS, but includes an onboard antenna.

Symmetry offers many more positioning modules in addition to these products, as well as evaluation kits to reduce your development time. We also offer antennas to complement these modules and can assist in selecting the correct module and antenna for your design. For assistance in selecting modules and antennas, please call us at (310) 536-6190 or contact us online.