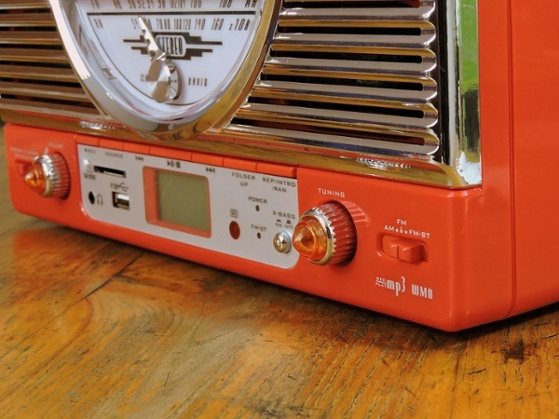 Norway is currently in the process of becoming the first country to take its radio service entirely digital. The analog transmitters are being switched off on a regional basis, and many other countries are watching the process closely.

How often have you been driving along a highway singing along to a classic tune or listening to breaking news, only for you to drive through a tunnel or under a bridge and lose the signal?

Digital radio is heralded as the solution to this problem. Because the signal almost always gets through, the end result often sounds clearer than with analog. DAB radio also offers a wider range of stations – talk and music – along with added information such as the name of the current song and artist.

The transmitter sends program signals digitized and broken into fragments. Each fragment is transmitted several times, to increase the chances of a successful reception. Even if some fragments are interrupted, the receiver still has a good chance of assembling a complete, uninterrupted signal.

As a result, DAB transmissions won't be perceivably degraded until signal strength falls below a critical threshold. While as for analog radio, reception quality degrades gradually with signal strength. So audio quality debate aside; DAB does provide better odds for mobile listening experiences.

Read also: Which technology should I choose to connect my wearable device to a phone

It’s perhaps no surprise that Norway is in the process of becoming the first country to switchover from analog, given that Scandinavian countries championed both 2G digital communication and GSM. Yet much like the transition to digital TV, it’s been a controversial step. The move renders millions of radio receivers obsolete, and was opposed by two-thirds of the population according to media reports.

Unfortunately for the decision-makers, broken fiber-optic cables caused a temporary outage in DAB coverage across large parts of the country just days after the start of the switchover.

Although development of DAB began in 1981, consumers have stuck to analog radio in great numbers. This switchover in Norway will see huge numbers of consumers forced into using the technology.

The number of DAB radios in Norway has increased from 3.2 million to 4 million in just two months before the switchover began. Users with analog radios can buy a DAB adapter rather than shelling out for a brand new set.

Denmark, Sweden, Switzerland and South Korea are among the countries rumored to be considering a similar switchover, and will be watching the impact in Norway closely.

Does radio have a future?

But in an age of on-demand media, perhaps the bigger question is whether radio has a future at all? DAB enables a wider choice of radio stations, but smartphone apps can stream your favorite podcasts or playlists via an in-car Bluetooth connection.

Read also: Things you should know about Bluetooth range

If the likes of Spotify, Tidal and Apple Music enable news streaming, especially at regular intervals, then the future of digital radio may hang in the balance.