From Telit: C-Band Spectrum - The Next Step Towards Bringing 5G to Life

For a while now, industry analysts, players, and authorities – including GSA, GSMA, and Ericsson – have been heralding the dramatic growth of mobile broadband (MBB) data traffic that will likely happen over the next 10–15 years. Meanwhile, LTE is positioned to become the dominant mobile access technology far beyond 2020 – around the time when 5G deployment should begin. In fact, LTE subscriptions have risen to around in September 2017, compared to Ovum’s estimate of 1.70 billion a year earlier.

Since its introduction in the release 8 of the 3rd Generation Partnership Project (3GPP) standards, LTE has brought many improvements in the spectral efficiency. Waveforms, newly introduced modulation advancements, coding schemes (such as 64QAM/256QAM), and higher antenna orders (MIMO) are pushing the limits of the theoretical download data speed over the Gigabit. GSA announced in October 2017 that are already investing in Gigabit LTE networks with, according to Ericsson’s November report, 14 claiming to be commercial-ready.

But not all of the news about LTE and MBB is rosy. In some environments, devices operate in highly noisy conditions that dramatically dampen the efficiency of technological improvements by reducing data rate and capacity. Achieving a higher MIMO order is still a challenge for device manufacturers that are hosting multiple antennas in a limited space. Densifying the networks and intensifying the distribution of small cells can help, but this deployment process surely presents an economic challenge of effort and money for mobile network operators (MNOs).

So far, carrier aggregation (CA) has been regarded as a successful option for overcoming obstacles in MBB deployment. The more carriers (with up to 20MHz bandwidth each) that are combined, the wider the usable spectrum and higher data speed.

MNOs can, therefore, better support increasing demand for traffic growth while limiting unnecessary infrastructure investments. However, they still need to acquire additional spectrum. While 3GPP’s release 13 allows the aggregation of a maximum of 32 carriers, the availability of the commercial network typically includes only two or three carriers – and rarely four. Even the GSA reported that they have a maximum of five.

What is the C-band spectrum?

Allocating new spectrum has become a mandatory requirement of the mobile industry to improve capacity and augment the mobile broadband (eMBB). Currently, 3GPP is providing a vast amount of spectrum to enhance MBB for faster throughput. LTE-A-Pro, with LAA technology, uphold carrier aggregation across the unlicensed spectrum in the 5GHz (sub 6GHz), and 5G will do the same in the mmWaves range between 24GHz and 29.5GHz.

But due to its wavelength nature, propagation conditions at high frequencies are highly complex and often require line-of-sight (LOS) conditions between the base station and device. This requires highly directional beams and massive multiple-input and multiple-output (MIMO) antennas that track users in real time.

On the other side, the sub 5GHz domain contributes a critical portion of the spectrum, which offers an acceptable compromise between the broad coverage enabled by lower frequencies and the higher capacity supplied by mmWave bands. Known as C-band, this significant spectrum sits between 3.4 GHz and 4.2 GHz and is emerging as a prime solution for the capacity crunch without incurring high-cost investments that would be otherwise required to upgrade the infrastructure.

The benefit of C-band, compared to mmWaves, can be assessed from two different viewpoints:

C-band spectrum also provides a few advantages over lower frequencies based on frequency-division-duplex (FDD-LTE) technology. As a time-division-duplex technology (TDD-LTE), C-band allows transmission and reception on the same channel, compared to FDD-LTE requirements for a paired spectrum with different frequencies and a guard band. For a TDD-LTE device, this capability eliminates the use of a dedicated diplexer to isolate transmission and receptions, therefore reduce bill of materials (BOM) cost.

Since they are part of the same LTE 3GPP standards, FDD-LTE and TDD-LTE are designed to oﬀer comparable performances and similar high-spectral efficiency. No wonder there are already 100 LTE-TDD systems commercially launched in 57 countries! There is increasing industry interest in applying this technology to MBB

Although the most frequently used TDD spectrum is still band 40, band 42 and band 43 are progressively gaining attention, especially across Europe and Asia-Pacific. These two C-bands are widely licensed globally for commercial terrestrial wireless communications for LTE deployment. Plus, it allocates a potential spectrum as much as 400MHz between 3.4GHz and 3.8GHz, generating significant frequency to support applications that require high data throughput (such as smartphones and industrial and home gateways).

In the U.S. market, the Federal Communications Commission allocated a similar spectrum in band 48, which has a spectrum of 150 MHz from 3.55GHz to 3.7GHz, to create the Citizens Broadband Radio System (CBRS). Access is shared across three primary user tiers – incumbent, priority access license (PAL), and general authorized access (GAA) – to create new demand for operators looking to enter the mobile wireless market, facilitate a private LTE network for large enterprises, or expand capacity cost-effectively.

C-Band: A stepping stone to 5G

No matter your plans for the future, we are assisting the rising demand for increased spectrum and delivering the economies of scale for Gigabit-class speeds. And C-band, allocated around 3.5GHz, can play a transitional role in the move from 4G to 5G by providing the technical and economic answers MBB industry players need to offer more extensive wireless capacity and higher quality services.

Are you ready to see just what C-band can do for your organization? See how easy it is to get started with a free evaluation kit from Telit. Request your FREE evaluation kit today. 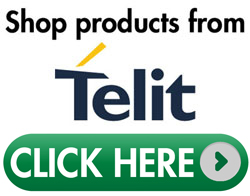