From Nordic Semiconductor - Toys 2.0: Connectivity comes to the rescue

Symmetry Electronics Team in Blogs on May 10, 2017 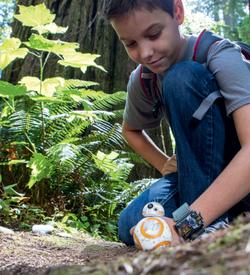 Richard Gottlieb has worked in the toy industry for much of his adult life. As President of New York-based toy industry consultancy, Global Toy Experts, Gottlieb helps toy manufacturers of all sizes and persuasions increase market share. There are few that know the industry as intimately.

Last year, speaking to the New York Times, Gottlieb observed: “[Toys are] essentially a 19th century industry desperately trying to break into the 21st.” The toy industry, he says, had seen its fortunes gradually eroded in recent years, but there was now a sign of a turnaround thanks to media convergence—toys merging with content via movies, television, apps, and YouTube—and, crucially, technology.

This is no better illustrated than in the model railroad toy market. This quintessentially 20th century pursuit was thought to be reaching the end of the line, shunted off into history now that the majority of enthusiasts are entering their twilight years.

According to Rich Janyszek, Senior VP of Sales & Marketing at Bachmann, the incorporation of ‘smart’ technology could represent the biggest leap for the industry since digitization was introduced in the 1980s.

“We think this technology provides an open door for new and perhaps non-traditional customers,” says Janyszek. “Pairing a traditional toy with modern touchscreen control and brand new app- based interactivity will attract technology-driven users of all ages, and could propel model railroading in brand new directions that before now wouldn’t have been possible.”

It’s a similar story in the slot car racing toy segment. Slot cars’ rise and fall largely mirrored that of model railroading; born in the first half of the 20th century, reaching peak popularity in the 1970s, before struggling to retain the interest of children in the era of digital games. Now wireless connectivity is breathing new life into the toy car industry thanks to pioneers like British global toy giant, Hornby Hobbies, and its iconic slot car division, Scalextric.

Scalextric has also developed ‘Hand Throttle’ wireless controllers that employ proprietary Nordic nRF24LE1 2.4GHz SoCs to provide the wireless connectivity between the controller and the Powerbase track accessory. The result is a famous 20th century brand winning over a legion of new 21st century fans by applying wireless technology.

“Since the launch of the Scalextric brand in 1957, we have amassed a significant consumer base,” says Ricky Black, Marketing Manager at Scalextric. “With the addition of a single Powerbase track, existing consumers can suddenly bring their Scalextric straight into the 21st century with racing features and statistics that even a few years ago would have been considered impossible to achieve on a mass-market consumer toy product.”

It’s not just traditional toy segments that are benefiting from wireless connectivity. U.S connected play company Sphero is the perfect illustration of media convergence integrating with technology to reimagine the toy sector for a 21st century consumer in the form of nothing less than a wearable.

The Force Band employs a Nordic nRF52832 SoC to support the intensive computational requirements of the wireless application. Once the Force Band and the BB-8 droid are paired, the Bluetooth low energy connection provides bidirectional communication between the wrist-band and the robot, with a six degrees of freedom accelerometer/gyro in the wrist-band detecting the Force Band wearer’s wrist movements which in turn control the robot’s specific movements. The result is a connected play and augmented reality toy that promises to be a bestseller.

Virtual reality (VR) is another ‘hot’ toy and gaming market segment making significant leaps forward. VR has been evolving since the 1990s, but the truly immersive experience many imagined 20 years ago is only now finally coming to fruition with the introduction of ‘active VR’, powered by Bluetooth low energy technology.

One pioneer of active VR— where your actions in the virtual world are controlled by first person navigation—is Virtuix. The Texan company’s Virtuix Omni VR motion gaming platform has revolutionized the gaming segment, allowing the player to use their whole body to control their actions with 360° freedom of movement.

The technology involved to bring the gaming experience to life is startling, employing up to 16 wearable sensor modules—each powered by a Nordic nRF51822 SoC—to communicate wirelessly with the unit’s sensor hub, where in turn the data is transferred to a wireless headset and to a host application running on a Bluetooth device or via USB cable to a PC.

The key challenge for Virtuix was latency. In a man/machine system like a VR motion sensor, the system’s latency needs to be low enough that it isn’t perceptible to an average human user. Virtuix figured its system needed to react in 150 milliseconds or less, a target it achieved by designing its own 2.4 GHz protocol based on Nordic’s Gazell RF protocol software with low latency yet with a power consumption comparable to Bluetooth low energy. The result is an active VR experience that children (and adults), hungry for a truly immersive gaming environment, haven’t previously been able to enjoy.

“The Omni in its current shape is still fairly large, it’s fairly expensive, and it’s not for everyone just yet, but we are working hard to reduce the cost and size,” says Jan Goetgeluk, CEO, Virtuix. “Ultimately our vision is to provide the Omni at a price point and a form factor that allows active VR for everyone.”

The technology may not be fully refined yet, but it’s still impressive and developing rapidly, and whether it’s ‘old school’ pastimes like model railroads and slot cars, or more recent gaming developments like wearables or active VR, the future is here. Children always have, and always will need entertainment in the form of toys and games. As for that matter, so will grown-ups. And technology in general, and wireless connectivity in particular, will be critical to the industry’s health. Toys 2.0 is upon us.

Symmetry Electronics Team in Blogs on May 10, 2017