Symmetry Electronics Team in Blogs on May 28, 2017

As a seller of LTE modems, most recently the LTE Cat M1 Skywire modem, we get a lot of questions about the eventually-to-be-released NB1. Our answer is that NB1 is probably going to be something, but it’s hard to say exactly what or exactly when. It’s gotten a lot of press as a low-cost option for cellular access, but its availability is still off in the future. Here’s what we know and some educated speculation about what that means for developers of devices for the Internet of Things.

IoT applications have several requirements that are not ideally met by 2G, 3G, or previous LTE modems.

Both LTE Cat M1 and NB1 were created by the 3GPP standards body in Release 13 to meet these specific requirements. The most obvious difference is that LTE Cat M1 is available today, while NB1 is approaching availability in Europe and Asia and still a year-and-a-half or more away from availability in the US.

Both Cat M1 and NB1 will operate on licensed spectrum, which provides excellent security and quality of service. They will both provide better access in challenging sites like buildings than some of the earlier cellular service options, due to the reduced channel sizes and features like coverage enhancement modes (CE modes). Both can take advantage of power saving mode (PSM), in which the device can, when not actively communicating over the network, go into “deep sleep” mode for long periods of time while keeping time and storing data in flash memory.

LTE Cat M1 and NB1 are both versions of LTE developed by the 3GPP. However, Cat M1 is easy to implement on the existing network and is already being rolled out nationwide. NB1 is going to entail a somewhat more involved process, and its degree of availability won’t be known for a while.

One of the clearest differences will be respective bandwidth. Cat M1 offers a data rate of at least 150 kbps; NB1 will offer about 50 kbps. NB1’s lower data rate may be adequate for many IoT applications, for example periodic utility readings, but others will require Cat M1’s higher rate.

Another major difference is mobility. Cat M1 is already supporting the ability to handover from cell site to cell site, which enables mobile applications, while NB1 will be strictly limited to fixed applications.

Power consumption will depend on the application. Both modem types use the least power when in “sleep” mode. If data transmissions are large enough that the slower NB1 modem stays awake longer transmitting data, the Cat M1 will use less power by getting to low-power sleep mode sooner.

Latency may or may not affect the choice of modem. Cat M1 modems have latency in the 10-15 millisecond range; NB1 modems’ latency will range from 1.4 to as many as 10 seconds. Latency doesn’t matter is some applications, but if latency matters, for example in alarm scenarios, Cat M1 will be the best choice.

If both Cat M1 and NB1 were available today, there are applications for which Cat M1 is the clear choice and those for which NB1 might be a better choice. The latter would be those requiring lower data rates and operating at fixed locations. However, because Cat M1 is available today, operates on a low power budget and is reasonably priced, it is the obvious choice for either case if your need is now. And if you think that MB1 might be your choice when it becomes available in the future, you can equip your devices with LTE Cat M1 modems today, knowing that NimbeLink Skywire modems all share the same pinout and footprint, making it easy to update your products for the NB1 modem when it becomes available. 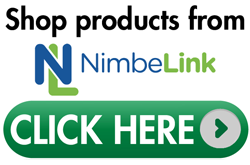 Symmetry Electronics Team in Blogs on May 28, 2017