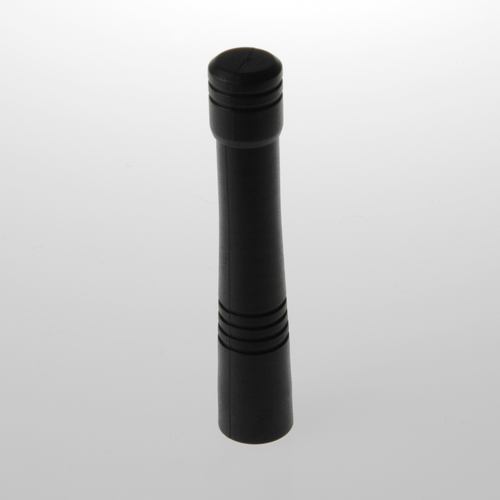 The WR433 and WS433 antennas are compact quarter wave, groundplane dependent stub antennas. Requiring a groundplane (metal mounting surface) to operate efficiently, the WR433 and WS433 are usually terminated in a SMA-Male connector. Containing a 1/4 wave coil, the antenna element is housed in robust and durable acetal sheath.

The W433-FLY is a captive-mount 1/4 wave whip antenna with flying lead. The design enables the antenna to be integrated into the wall of an enclosure and the cable fed inside to the radio. As standard the cable is RG174 for a SMA, RP-SMA or MMCX connector, however it can be offered with a U.FL flying lead for radios mounted with U.FL receptacles. The W433-FLY does require a groundplane to operate effectively.

The MH433 is a quarter-wave moulded helical antenna usually terminated in SMA-Male connector. Requiring a groundplane to operate effectively, the MH433 is compact whilst retaining some flexibility which is especially helpful in mobile applications. Other frequencies and connectors based on this design are possible, please contact us for more information.

The FEW433 is a 433 MHz whip antenna that doesn’t require a groundplane to operate. Based around a moulded sheath, the FEW433 is flexible, however offers robust performance. It is available with the SMA-Male or TNC-Male connector as standard although a RP-SMA connector is also possible.

These antennas are not the only 433 MHz antenna options available from EAD. We can also offer wall-mount or 1/4 wave whip antennas. If you do not see what you need, please use our antenna configurator to determine your requirement. 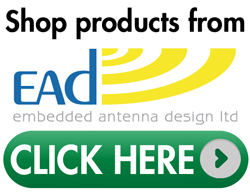