What You Need to Know 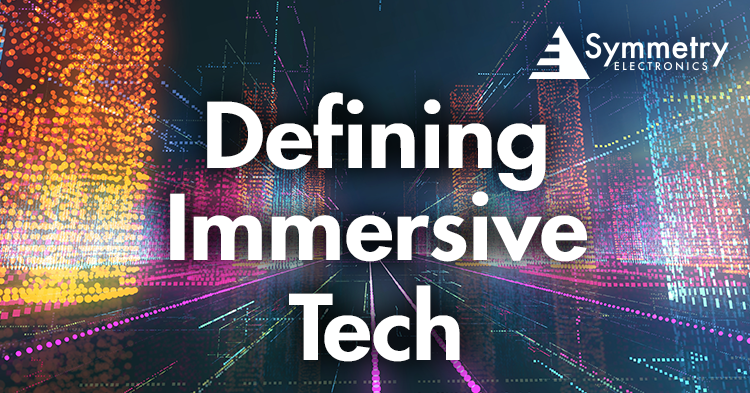 Immersive technologies refer to virtual environments that create a sense of reality but do not actually exist in a tangible space. Also known as extended reality (XR), Immersive technology is made up of Augmented reality (AR), mixed reality (MR), and virtual reality (VR) experiences. XR technology requires powerful computing to operate, and Symmetry Electronics has everything developers need to provide users with a comprehensive VR system 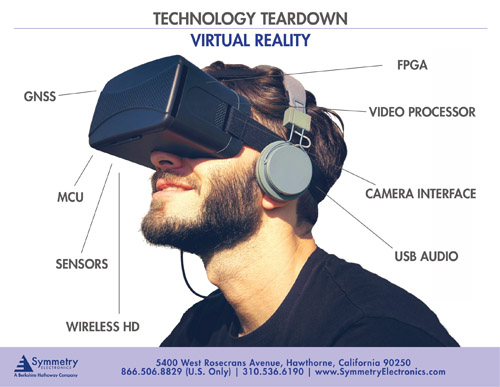 What is Virtual Reality?

In a VR experience, users can see, hear, and interact with virtual technology. While VR does not allow users to physically touch, VR creates a feeling of physically being within the experience. There are four main types of VR technology.

In comparison to a fully immersive virtual experience, non-immersive VR doesn’t directly interact with its user. Users can control characters or activities but are not the center of the environment. Most gaming consoles provide non-immersive experiences.

A collaborative VR experience provides a common space for users from different locations to interact in 3D or character form through chatting, headsets, and microphones.

What is Augmented Reality?

Often debated as its own unique type of technology in the VR community, augmented reality differs from other types of VR (Figure 1) in that it interacts with real-world environments. Augmented reality is capable of viewing the space around a user to project a virtual entity into it. While the entity is not physically present, users can interact with it through the device that is projecting the entity.

Marker-based AR requires a visual marker, like a QR code, to operate. Apps like Snapchat use this type of AR to help users add to their contacts.

Markerless AR utilizes GPS, digital compasses, velocity meters, and accelerometers to operate. Apps like Google Maps run off of this type of AR.

Projection-based AR utilizes artificial light to operate. Light can be in the form of lasers, mirrors, or cameras to create a projection with which users can interact.

What is Mixed Reality?

While mixed reality (MR) sounds similar to AR, MR allows users to blend real and virtual elements. In comparison to AR and VR (Figure 2), MR allows users to further integrate elements of the real-world and virtual space. In an MR experience, users can react with 3D entities the same way they would in the real-world. As the newest form of immersive technology, companies are working to adopt MR experiences. It’s thought that MR technology can modernize design, modeling, and prototyping in a virtual environment.

The Future of Immersive Technologies:

The future of immersive technologies is bright. Marketwatch reported that “The Global Immersive Technologies Market is expected to grow at a significant CAGR of 38% by 2028.” Besides gaming and decorating, extended realities have can serve to benefit companies and societies in altruistic ways: 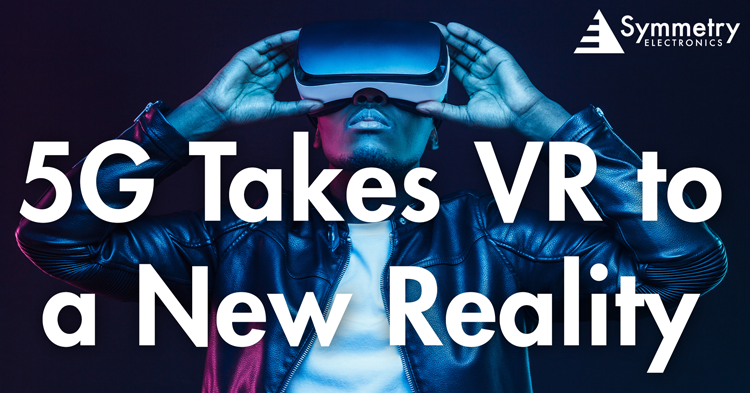 5G Takes VR to a New Reality
Through 5G, engineers have been able to create a powerful wireless experience that allows for faster speeds, while utilizing less bandwidth and low power, with the ability to stream data from the cloud.
Read more

Jari Haiston is part of the growing digital marketing team at Symmetry Electronics. Jari comes from a background in technical writing and event coordination. In her current role, she specializes in content creation and social media management. Jari's focus as a writer is to create interesting content that is accessible to any audience.
Tags: Augmented Reality, Extended Reality, Immersive Technology, Mixed Reality, Symmetry Electronics, Virtual Reality