From Silicon Labs: Connectivity Not a Question of If, but How

With 20 billion connected devices expected to be online by 2020, it’s easy to get caught up in the hype of what some consider the next industrial revolution. But before running headlong into developing a connected component to your offering, it might be a useful exercise to consider what exactly you want to achieve.

Carey Smith, founder of Big Ass Fans, recently penned an article in the Harvard Business Review in which he candidly recounted how his company’s venture into the world of IoT might have been a bit overzealous. Armed with all the familiar data points about adoption, the company produced the world’s first internet-connected fan that could connect to a lighting system and be programmed to operate according to an occupant’s personal preference.

In the end, it was the design and quality of Big Ass Fans that kept the customers coming, not the whiz-bang smart, connected features.

If you’ve spent any time thinking about the IoT, it’s likely you already have a notion of what features a “smart” version of your product should offer. But it’s important to keep an open mind when considering what opportunities the IoT may present for you. If there’s one thing we know about humanity, it’s that we’re always moving toward the next thing. The IoT is no exception, and what it’s capable of is constantly changing with new advances in software, sensors, radios, and, frankly, the connected products that other companies are developing. So what’s possible today in your particular industry may be but a precursor to what’s coming, some of which may not have even crossed your mind.

This integration of the IoT into our daily lives is a multigenerational event, which makes it hard to predict what the next killer app will be or what things will become part of our everyday lives. So patience, coupled with open-mindedness, can be a powerful combination for recognizing where you can go with the IoT.

For example, we work with a power tool company that decided to enhance the value of its products. This particular company was a pioneer in the use of lithium ion batteries so its tools were already very powerful and could run all day without a charge; pretty much the two things you want from your power tools. So how to improve? A new digital user interface was the first thing they set out to do. A power drill only has a few buttons, but you could add connectivity to enable an enhanced interface for advanced configuration settings through a smartphone app. Through the process of developing a smartphone-based configuration feature, they realized that device connectivity also lets builders use their phones to track a tool’s location using GPS, as well as configure custom RPM settings to deliver the precise amount of torque so they did not over-rotate fasteners during fragile installations. The tool can also be disabled and rendered useless in the case of theft. And because it’s cloud-based, new features can be delivered to tools already in the field.

Although this example company set down a path to only build an expanded user interface, through ongoing development, they uncovered new applications of value to their customers.  This approach opened up new business models.  Rather than be thought of as just a power tool manufacturer, they now provide services that can be delivered through the cloud.

Another example is Propeller Health, which was founded in 2010 to help users of inhaled medications understand what factors contribute to their symptoms. The medications to treat asthma and COPD are actually very effective, but patients didn’t have insight into what might be making them symptomatic. Propeller’s device uses sensors, accelerometers, and even microphones to listen to breathing sounds and determine whether or not the user is inhaling properly. What started out as a simple data collection mechanism morphed into much more.  Propeller was able to evolve into a service that was useful for not only tracking usage, but improving outcomes by giving users the advantage of knowing what might be aggravating their asthma or COPD in the first place.

There’s a natural “what-if” component to design, and anticipating what consumers want and how they’ll interact with the products are important factors in this process. But we should guard against setting our sights so fixedly on an expected outcome that we’re blind to possibilities. We should also be willing to iterate. Carey and the gang at Big Ass Fans aren’t likely to close the door on looking for innovative connected solutions for their fans and lights, but the five questions outlined in his article are a good place to start before jumping into the IoT fray.

For most of us, connectivity isn’t a question of if, but how. 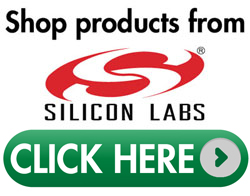