Bluetooth 5: What to expect - from Nordic Semiconductor 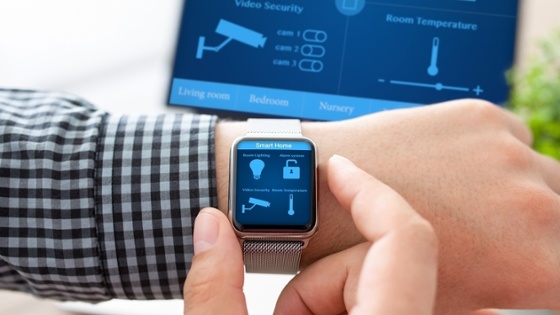 Bluetooth 5 has been designed with the next era of connectivity firmly in mind. It promises to revolutionize the scope of how we experience smart connected products going forward, but there are important things to understand about the new specification.

Half a billion new Bluetooth devices are expected to appear each year by 2020. To cope with this, Bluetooth 5 allows more reliable connections, improved range and speed, and increased versatility. But to get all these benefits, you may need to reconsider your plan for powering the device.

The core principle remains the same

Bluetooth is known as a standard that allows two or more devices to communicate with each other.  It can also broadcast a limited amount of data, so nodes can share information without negotiating and establishing a 1-to-1 connection with other nearby nodes.

With each successive update since its launch in 1994, Bluetooth has become faster, simpler, and easier to use. Connecting devices hasn't always been easy, but modern versions of Bluetooth have addressed these issues. With almost 30,000 companies signed up to the Bluetooth Special Interest Group (SIG), the likelihood of compatibility problems is slim.

With double the on-air speed, Bluetooth 5 has the potential for up to 1.4Mbs, double what was possible in 4.2 and over 10 times the throughput compared to the original 4.0 possibilities.

However, the exact improvements will depend on individual devices from semiconductor vendors, and the software they supply to maximize this potential. It may take some time for the speed improvements to make a real impact on people’s daily lives, as improved hardware will take time to reach the market.

The Bluetooth SIG claim the potential range is up to four-times longer, which in time should make whole house coverage for a typical home a reality.

The new version of the technology is designed to increase the possible applications for Bluetooth, with increased range, speed and broadcast messaging capacity.

The latter will enable connectionless IoT solutions, since more data can be broadcast than before, still without establishing a connection.

Read more: Things You Should Know About Bluetooth Range

Even though Bluetooth 5 promises extra benefits, it remains a low energy choice. The peak power does not increase for long range transmission, while at high speed the job takes less time and uses less power. Many of the potential applications of Bluetooth 5 should be achieved with similar battery choices to those being made today.

What’s not being talked about

As always, Bluetooth 5 builds on the previous version. It’s possible to make a product ‘Bluetooth 5 Ready’ simply by completing the demands of its specification, which essentially means bug-fixing without introducing any new features. While this is technically correct on paper, it can be misleading for consumers.

The problem comes from the fact that Bluetooth specifications state ‘this is what’s possible in Bluetooth 5’ rather than ‘this is what’s essential for Bluetooth 5’. Complying with the core specification doesn’t necessarily mean that a device will have a longer range or a higher bandwidth than a Bluetooth low energy device, even though that’s what many, if not most people are going to expect. In fact, the device might not ever be capable of it!

In addition, even though some media reports claim Bluetooth 5 offers 2x speed and 4x range, it's actually a trade-off between speed and range. You can't have both.

When choosing a System-on-Chip for Bluetooth 5, you need to make sure they’re not just ‘Bluetooth 5 Ready’ because they comply with the core specification. But also, that they’re capable of the important new features that you need for your product.

Finally, if your product connects to the internet via a smartphone, it could take a year or more before Bluetooth 5 is commonplace on phones. For laptops and desktop computers, it could take even longer.

How to promote Bluetooth 5?

This presents a marketing issue. If you produce a Bluetooth 5-enabled smart lock, you need to make sure the consumer knows that such functionality will depend on their other devices for interoperability. Otherwise, you could potentially face a lot of unhappy users even though there is nothing wrong with your product.

Bluetooth 5 offers the most important update to the standard since the 4.0 standard was introduced. It has a lot to offer innovators and will open Bluetooth up to many new applications.

We just need to make sure that when we talk about Bluetooth 5 we’re really talking about the useful features it makes possible such as doubled speed and quadrupled range which is about more than just a new badge.