The console wars may be waging on between the Sony Playstation 4 and the Microsoft Xbox One, but AMD is powering both. The PS4 and the Xbox One both feature AMD APUs with an 8-core Jaguar CPU and a Radeon 7000-series GPU. 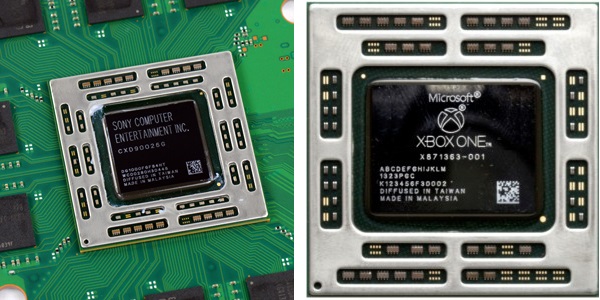 For more information on how the Sony Playstation 4 and the Microsoft Xbox One stack up, ExtremeTech.com has a side-by-side comparison.

Whichever console you choose, AMD’s powerful APUs will keep you in the game.  To read more about AMD’s embedded solutions, see our series on Why AMD Embedded.

Symmetry Electronics (and its e-commerce division – SemiconductorStore.com) is an authorized AMD distributor.